I spent the very early years of my life in a dairy farming region far to the north of where I live now. My memories are of rolling green hills, dirt roads, picking native raspberries with my cousins, the creek at the bottom of a steeply sloping paddock and, of course, cows!

We lived up the road from my aunt and uncle. They had a dairy which is long gone now even though they still live in the same house on the same land. My family didn't have a dairy but we did have a house cow, a black and white fressian, named Maggie. Although I don't remember milking her with my mother, I do remember the thick layer of cream that could be skimmed off with a spoon and the most delicious ice-cream that my mother made and set in battered old cake tins. I have a memory of the taste of that ice-cream but, as much as I try, I can't replicate it! No recipe for it can be found in any of my mother's well-used, splattered cookbooks and she can't remember how she did it either because she stopped making it when we left the area and no longer had a house cow.

I was thinking about all this the other day when I bought some milk. I am fussy about milk, a legacy of my early childhood no doubt. And not long ago, at a little bakery not far from where I live, I found some lovely full-cream, unhomogenised milk in glass bottles. Old-fashioned milk! 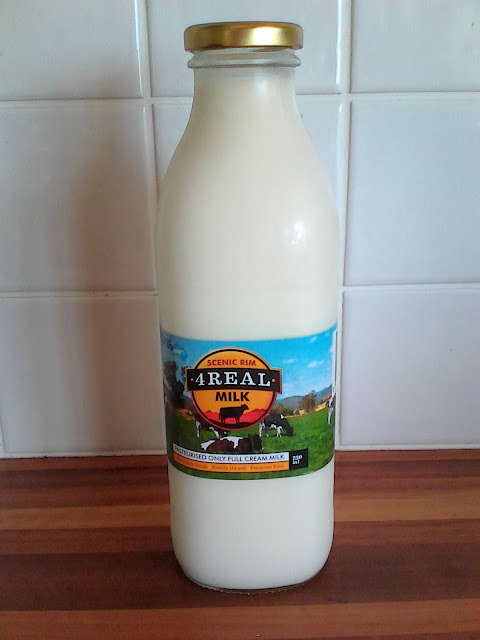 I bought two bottles of this milk, produced less than two hours away from the city where I live, and found it to be delicious and creamy! I love that it's available in glass bottles as well as the standard plastic milk bottle though they can't be collected, sterilised and reused as yet but they can be recycled. I thoroughly washed both of the bottles I bought and they are now in our fridge holding chilled water.

I haven't attempted to make ice-cream with this milk yet but I will soon. I wonder if it will bring me any closer to that taste of the long-ago ice-cream my mother used to make for us. I might also try setting my next batch of ice-cream in a battered, heart-shaped cake tin as that might help too! 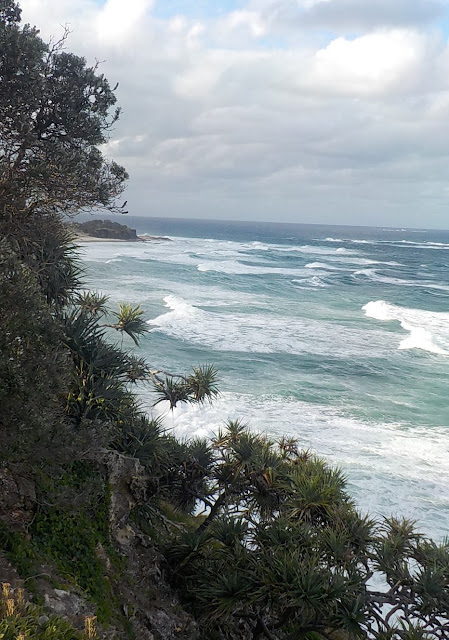